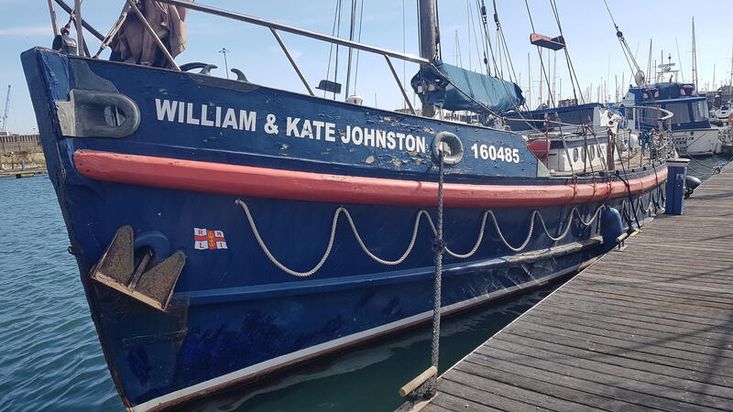 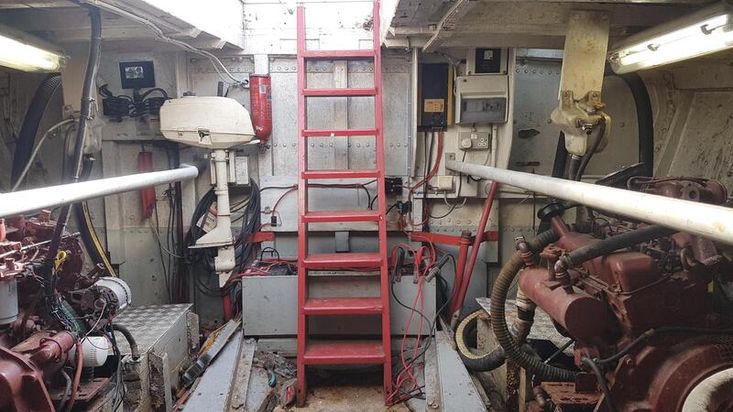 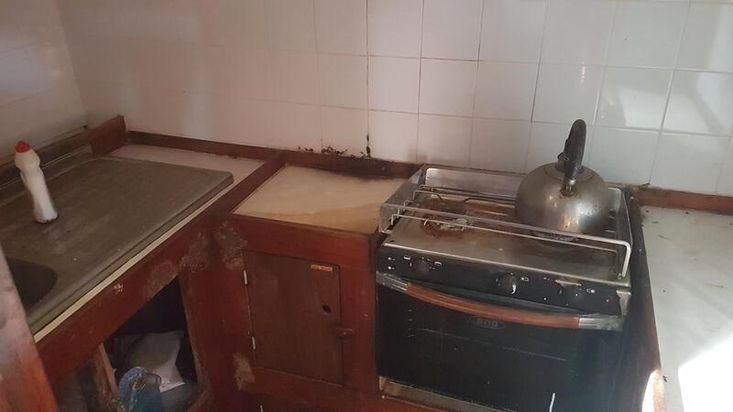 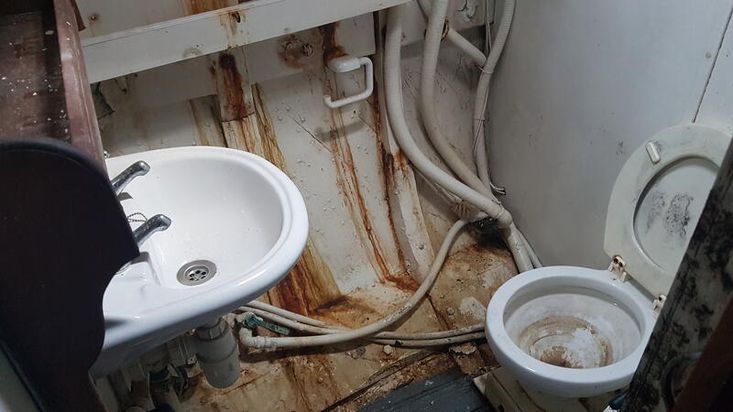 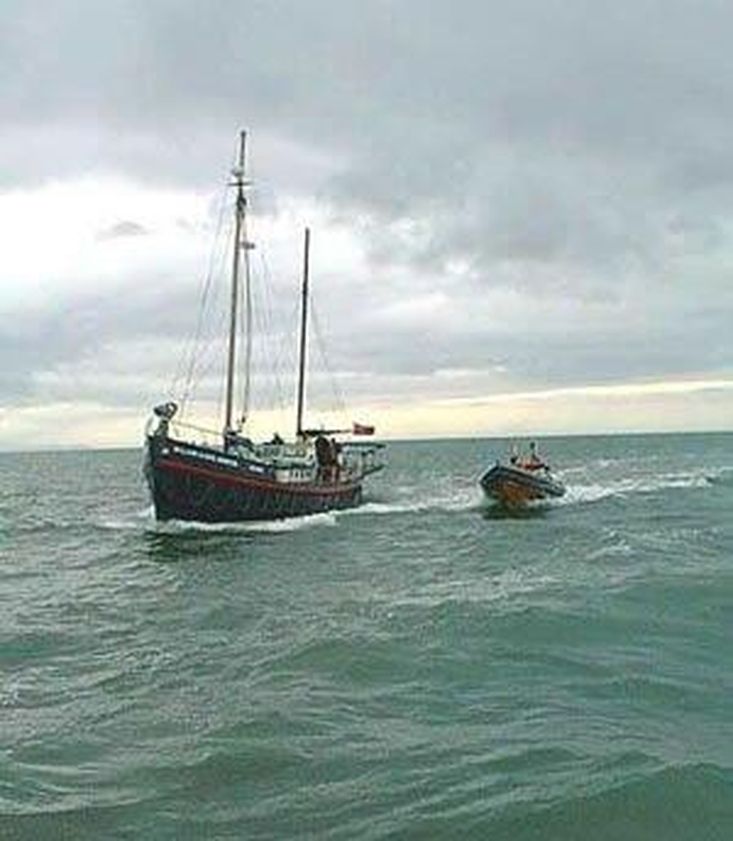 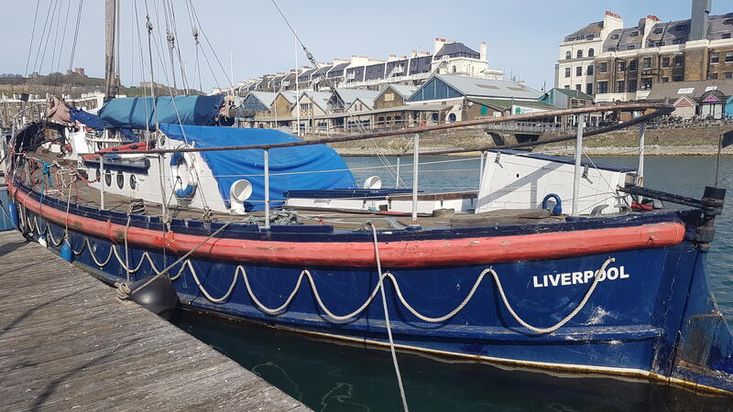 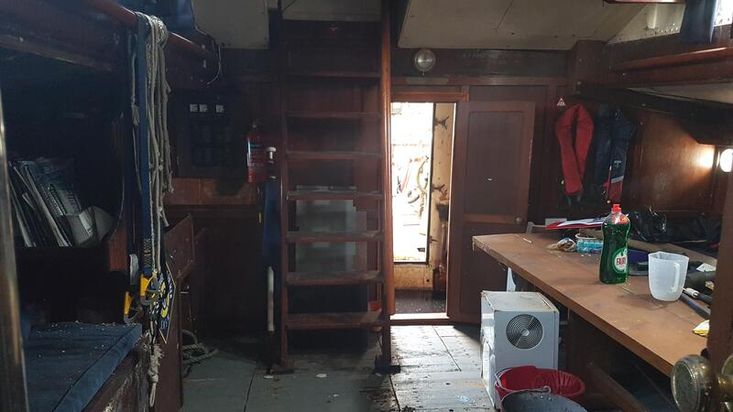 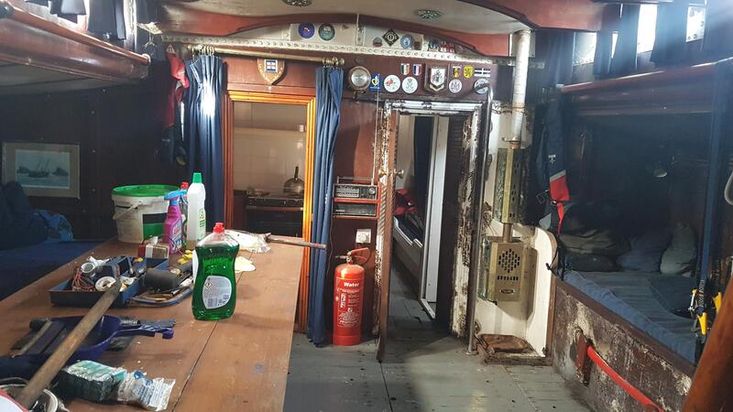 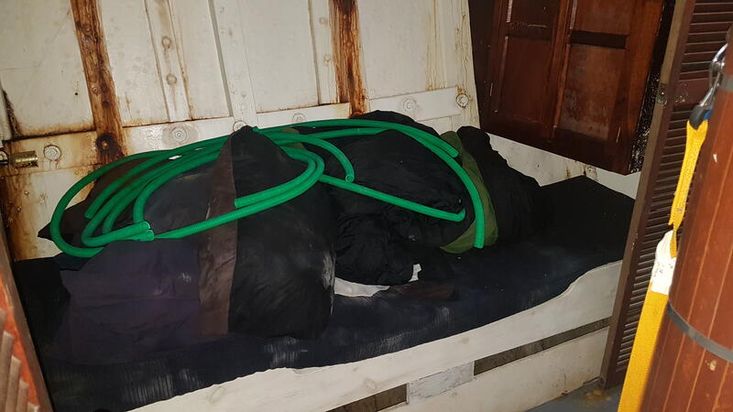 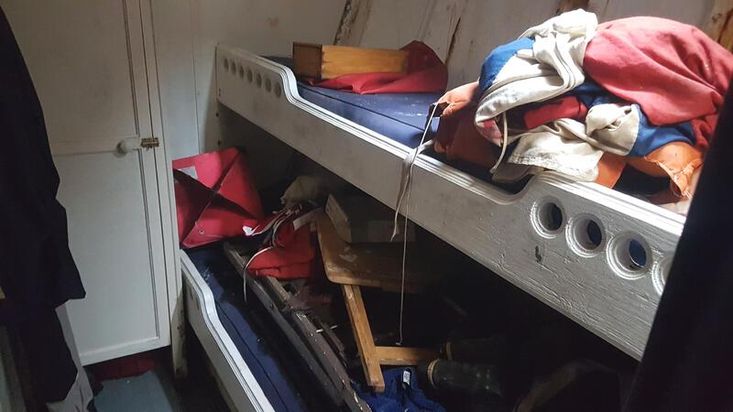 Description:
RNLB 'William & Kate Johnston' was a Barnett-class lifeboat stationed at New Brighton in the English county of Cheshire from the summer of 1923 until 1950. The lifeboat was designed as a prototype by James R. Barnett who was a consulting naval architect to the Royal National Lifeboat Institution. She was the first Barnett-class lifeboat and at the time of her launch, she was the largest lifeboat in the world. This new design of motor lifeboat was a radical departure from previous RNLI rescue boats. It was nearly 60 feet (18m) long with a beam of close to 15 feet (4.6m). The William and Kate Johnston was pushed through the water with twin propellers which were housed in tunnels. To drive these propellers there were two new D.E. six-cylinder submersible petrol engines of 80 horsepower. Each engine was housed in its own chamber, with entirely separate fuel and cooling systems. Each of these was watertight and was capable of running if the engine room became flooded and the engine was entirely submerged. The engines air intakes were set well above the waterline even when the boat was waterlogged. The Barnett-class could cruise at 9.5 knots (17.6 km/h) and had an operating range of 300 nautical miles (560 km). The class was also the first RNLI that rely solely on its engines for its motive power although the Barnett was equipped with a small staysail and trysail for stability purposes. The hull was constructed of timber and was divided into fifteen watertight compartments. The lifeboat was also the first motor lifeboat to be built with flush decks, similar to earlier steam driven lifeboats. There was a semi enclosed deck shelter which housed the on deck helm position which helped to keep the crew out of bad weather launches. Below deck there was also a cabin which could accommodate up to twenty four people. If necessary the Barnett class lifeboat was capable of caring a total of 130 rescued people.

Miscellaneous:
Inflatable dinghy.
Viewings are by appointment only. For an instant insurance quote call Euromarine Insurance Services on 01843 603345 or click on the link below: www.astonlark.com/euromarine/


Disclaimer:
The particulars detailed herein are intended to give a fair description of the vessel, but their accuracy cannot be guaranteed. These particulars are supplied on the understanding that all negotiations shall be through Highway Marine Ltd who are acting as brokers for the vendor. The vendor is not selling in the course of a business unless otherwise stated. The prospective purchaser is strongly recommended to check the particulars, and where appropriate, at his own expense, to employ qualified independent agents to carry out a survey, and/or any mechanical and electrical checks.

Boats for sale
by continent

Boats for sale
by country